Last night I broke the rules and went to the ocean. I saw a FB post about the Luminescence on the beaches from Baja Mexico up to Santa Barbara and within 10 minutes, my shoes were on my feet, my son Noam was recruited (he needs fresh air anyway, I think he is growing moss there, stationed as he is for eons at a time in front of his computer). Down to the car, giddy in the night air, and we were on our way. Did I know that going to the beach in LA was against the LA county rules? I suppose I did, but my feet and body decided for me before I could even consider it. I was called and pulled and I had to go, right now, to see it/them (the luminescence is caused by living organisms, after all).

It seems others heard the same call. Quietly, with face masks on, keeping careful distance, people parked their cars on the alleyways leading to the beach. No one as much as looked at anyone else, but all were walking down with great excitement and spreading out on the cool soft sand.

And there they were! Glowing, giant, slithery, electric blue waves, starting deep in the water and rushing forward, disappearing before they reached the shore. Everyone watched, entranced. Not every wave was glowing blue- only one in so many. we waited for them, calling out in excitement each time one appeared, up the beach, down the beach, you could not know where the next one would be. In the people's exclamations (in mine, as well): pent up longing as deep as the ocean itself. The call of a famished lover. An empty lung, starving for air. A reflection, hungering for itself. A burning bush, but in the form of blue water. Electric, bright and blue; burning ice-blue water.

And a nervousness: would the police come to send us home/ are we contributing unwittingly to a spread (surely not)/will the car, parked on a red marked curb, get ticketed/will we get ticketed.

But overpowering those thoughts: the waves, and the exclamations. The glorious fresh air, the endless dark sky. People so separate, behind masks, in the dark, far apart-- and never closer.

And that would be fine.

I felt the universe as a cathedral, my heart as the alter, the blue waves the priestesses- or God's tongues- or millions of little beautiful organisms existing in simple electric bliss in the salty water- all of that, or something else, any scientific explanation one could throw at this doesn't change that fact that we were, and are, part of a miracle.

It was time to go home, let our hardworking cops stay busy with more important things than dispersing awestruck fools on the beach. 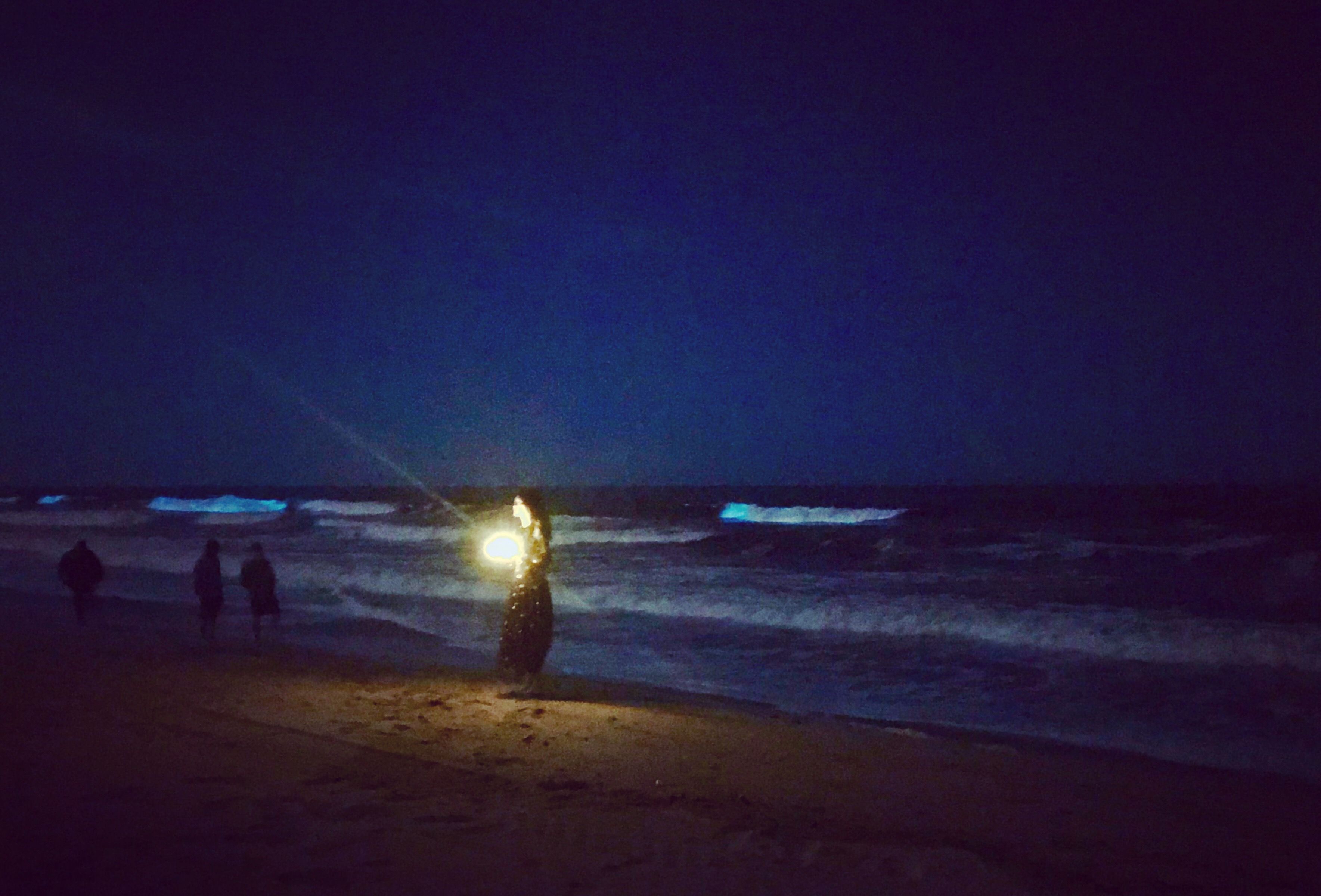